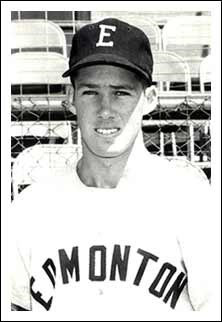 On June 7, 1971 Bruce Gardner took his own life at the Bovard Baseball Athletic Field, University of Southern California LA campus, at the age of 32 years old. I did not want the 50th anniversary of his death to pass without sharing my memories of our brief time together.

Bruce was an outstanding college pitching star who was named College Player of the Year at USC in 1960. Previously while still in high school, Bruce was scouted and offered a contract by the LA Dodgers which he turned down in favour of an athletic scholarship to USC to get a college education. While still at USC, he tried out and was offered a huge signing bonus by the Chicago White Sox. As he was underage his mother had to sign for him. His mother (encouraged by Bruce’s USC coach) refused to sign the contract as she wanted him to complete his college education first. Bruce never forgave his mother for making this decision.

After college, Bruce played in the minor leagues, never making it to the majors. His baseball career was shortened due to an injury to his pitching arm sustained while he was fulfilling a military obligation at Fort Ord, California in 1962. He later continued to play in the minor leagues; however, he never fully regained the strength in his arm and on September 30, 1964 he was officially released. His lifelong dream of a professional baseball career would never be realized. He lived the rest of his life with regret for not having signed with the Chicago White Sox while still in college, and with anger towards his mother and one of his coaches for preventing him from doing so.

In a typewritten suicide note, Bruce wrote in part:

“I saw no value in my college education. I saw life going downhill every day and it shaped my attitude toward everything and everybody.  Everything and every feeling that I visualized with my earned and rightful start in baseball was the focal point of continuous failure.  No pride of accomplishment, no money, no home, no sense of fulfillment, no leverage, no attraction.  A bitter past, blocking any accomplishment of a future except age. I brought it to a halt tonight at 32.”

In that era very few prospective pitchers started their career by playing college ball, and if they did it was only until they were scouted and invited by the pros. One wonders how Bruce’s life would have been different if his mother had allowed him to accept the Chicago White Sox offer while he was still underage.

More can be learned about Bruce’s life, his thwarted baseball career and his suicide in the article “An American Tragedy” written by Ira Berkow and Murray Olderman, published in the August 31, 1980 issue of “Inside Sports”, which was mailed to me by the girlfriend I went to Puerto Vallarta with.  It was also published under the title “Death on the Mound” in the “Washington Post”  August 17, 1980.  https://www.washingtonpost.com/archive/sports/1980/08/17/death-on-the-mound/50431304-45ee-486f-a39b-ab0e25697598/

In the above articles, the authors report that on a trip to Puerto Vallarta in 1970, Bruce fell in love with a girl from Vancouver named Donna. 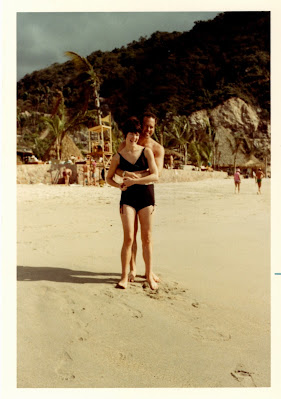 I went with a girlfriend on a two week vacation to Mexico in March 1970 with the first week spent at the brand new “Camino Real” hotel in Puerto Vallarta right on the beach.  Puerto Vallarta was into vogue at that time benefiting from the Elizabeth Taylor-Richard Burton saga being played out in their villa there. The hotel put on a social evening for its guests in its lovely lounge open to the ocean and the setting sun. Bruce and I met there and danced to the romantic Mariachi orchestra. He had a dazzling outgoing personality.

Bruce talked about his upbringing, his lost dream of a baseball career in the majors and his mother’s influence on him and his career choices. He appeared to be struggling emotionally not knowing how to get on with his life.

Inspired by romance, Bruce (who was also a professional jazz pianist) sat down at the piano in the hotel lounge the evening we met and started to compose a song for me, tinkering with the key, melody, timing and poem.  When I met up with him the next day he told me he had stayed up late that night to complete and polish his composition.  “Mañana Donna” was the result, which he happily played and sang for me. He later mailed me the musical score (below is the introduction): 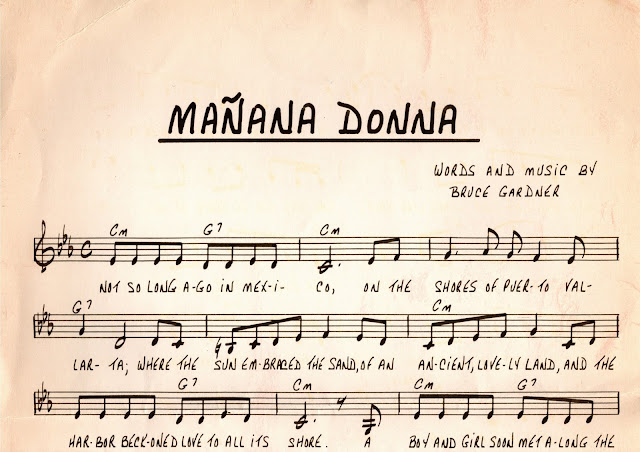 Visit to Vancouver, BC

After returning home from our vacations (Bruce to Los Angeles and I to Vancouver), we kept in touch by phone and letters. Bruce sent me lovely gifts of perfume and flowers. He wanted me to move to Los Angeles to be with him, but I could not see that happening.  He came to Vancouver for 4 or 5 days in June, 1970.  We did lots of sightseeing, including a ferry ride to Victoria, BC and back, Stanley Park, QE Park and dinners out.

He met my family and attended the rehearsal and evening ceremony for the installation of my younger sister, Linda, as Honoured Queen of Job’s Daughters.  He jumped right in and helped with the advance preparations for the ceremony including helping us write the tribute to the outgoing Honoured Queen. At the rehearsal he serenaded everyone by playing the piano for a couple of hours.  He was outgoing and friendly; everyone loved him. 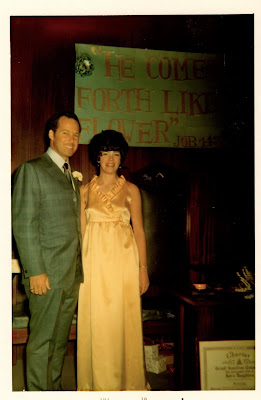 Bruce also spent an afternoon with my brother Ken, who was 15 at the time.  Bruce wanted to teach Ken the finer points of baseball so they went to the local ballpark where Bruce hit pop balls deep into the field for Ken to catch.  He and Ken also practiced catching and then with Ken on the mound, Bruce taught him how to throw a curve ball, how to hold his hand and how to release the ball. Ken was one of the pitchers for his 13 – 15 year-old boys baseball team and he  became a very good pitcher thanks to the great training Bruce gave him that one afternoon. Ken’s curve ball proved frightening to the younger players at bat.

As the next few months went by, Bruce and I realized we did not have a future together.  I met the man of my dreams in December 1970 and became engaged in June 1971. I wrote Bruce to tell him the news.  To my shock a couple of weeks later I received a call from a friend of his in LA to tell me that Bruce had committed suicide and that my letter had arrived just after his death. It was only in December 1980 that I learned more details about Bruce’s life and his suicide from the article “An American Tragedy” which my travel friend mailed to me from the US.  Rest in Peace, Bruce. You are not forgotten.

Donna's Report
I am using this blog to share special events in my life, including family, cultural and vacation items. 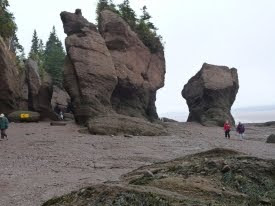